I Don’t Believe in Marriage

Every blade of grass has an angel that bends over it and whispers, “Grow! Grow!”
-The Talmud

Even though This Old Mom felt sudden moisture at the eyes while watching this video and instantly buying the gorgeous romantic song (a way hot & way young Jake Etheridge), and even though I just booked pricey tickets to fly to yet another gay wedding in Yonkers, (go John, go Nikolai!)– and even though I have four weddings (more on that later) under my belt, I so SO do not believe in marriage.

What with the Ashley Madison hack uncovering religious leaders famed for their righteous indignation at legalized gay marriage (while fervidly checking off every single box of what they might desire in a cheating partner)–I honestly think Ashley Madison should have just included a box entitled, “Anyone who isn’t my wife” —I couldn’t help but suppress a yawn. 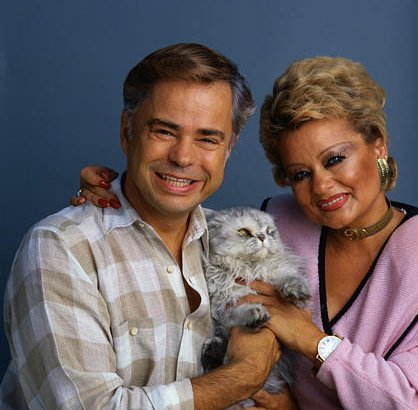 How many old moms remember Jim and Tammy Faye and the font of endless black tears.

How about Jessica Hahn and Jimmy Swaggart?

Did you know the first famous female evangelist, Aimee Semple Macpherson, had an affair and faked her own death to cover it up– in the 1930s? Although in the below photograph, despite the scarlet lips, Aimee
is actually quite dead.

Click here if you care to read up religious sex scandals that will make your eyebrows arch like Tammy Faye’s. 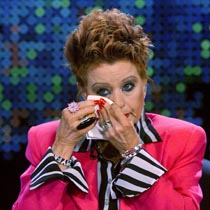 I just keep watching in wonder- don’t these folks ever realize– that, despite cloaking themselves in the shroud of Jesus, while professing to defend the sanctity of the holy sacrament of marriage while defiling interns, underlings and altar boys– they won’t ever get away with it? And that the rest of us who don’t really believe in marriage will not only laugh at them but also dress up like them at Halloween?

I don’t believe in marriage.

I believe in finding someone to share your good, bad and ugly with. I believe in talking all night, telling your stories like they were the first time you ever said them, and listening and trying not to interrupt as they share their selves with you. I believe in making someone laugh so hard items fly out of their nose. I believe in showing someone your baggage and finding out (with relief) that their baggage matches yours, or at least provides a lifetime of interest.

I believe in honesty, even honesty about yourself that you think no one would ever love you for (or despite). I believe in forgiving, in picking your battles and fighting– not to win– but to find higher ground for you both to share. I believe in tender little gestures that show you care when words aren’t necessary. I believe in letting your partner pop the big blackhead that you just can’t reach. I believe in practical applications of romance — don’t sweep me off my feet, just sweep the effing kitchen floor once in a while without me asking.

I believe in protecting and honoring your partner’s secrets and sadnesses and flaws and gifts as if they were your own. I believe there is no I in team and if you are unlucky enough to be married, you are already a team, a united front for your children to rail against and rely upon. I believe in faking it until you make it- which means being there for your partner when they drag you to places you’d rather not go to chat up people you don’t like- and doing that better than everyone else in the room who incidentally feels the same way.

As This Old Mom, while I love that young couple in the video for their grand gesture of love in front of their friends and family- and I ADORE that bride for being confident enough to share her spotlight (nice dress, Mrs. Bride), I know that proposals and weddings aren’t marriages.

My first proposal was sweet, goofy and shocking. We’d only been together a few months, which should have been my first red flag. It was Valentine’s Day, we had fought earlier in the day to the degree he threw something at me (second red flag) and we were at an old Village restaurant in NYC where the waiters sing opera to distract you from the food. Our ancient waiter rattled off a list of desserts then asked if I’d like to get engaged.

The ring was a seed pearl and my proposer sincere. He truly meant what he said- Will You Be Engaged To Me? The rest was my fault. I rushed in where angels and all other normal human beings (with actual boundaries) would fear to tread. If only we’d been engaged for a year, we’d have saved ourselves a lot of heartache and money. We would have known in six months or so that our baggage did NOT match because it was almost interchangeable. We both had such similar issues that marrying him was like marrying myself. We were both Virgos for crying out loud. We were doomed. But I wanted to get married. So I dragged him down the aisle burning what probably was my inheritance.

Then I got a slightly stupid TV job where I married an Elvis impersonator in Vegas. I only agreed to do it if I could have a Neil Diamond impersonator and an Elton John impersonator as witnesses. I gotta say, Elvis threw it down and sang every word of his oath to me but the tacky drive by chapel and the Jimmy Swaggart-like Justice of the Peace made it all feel like a Twinkie overdose. Devoid of anything you need in favor of instant saccarine and fat gratification. I don’t even need to Google how many Vegas insta-marriages end shortly thereafter. Britney Spears, Nicky Hilton and Sinead O’Connor, to name a very very few celebrities who jumped the broom way too soon and flippantly.

Cut to the rest of my life: I date/live with two more Todds after the husband named Todd (yes, that’s right- ten years of Todd. Three contiguous Todds. It remains an unsolved mystery, like Donald Trump’s existence) 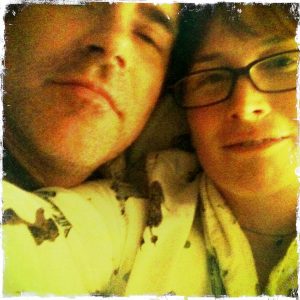 Then, I’m alone for ever, then I meet Andrew in a garage sale when I’m 45. A calm, quiet voice in my head tells me he’s my husband and somehow that voice is not schizophrenia but the truth. We build a relationship the way older people do- we swear this time we will take our time getting to know each other and rush in madly where only older people than us with more marriages under their belts fear to tread.

Then we wed. The first time was as romantic as hanging curtains. I secured another year of almost free health care and he dropped the groceries and said, “I’m not in Canada anymore. Let’s get hitched.” We eloped (in separate cars) to a wedding/divorce/notary office on Normandie above Melrose. Our officiant wore a graduation gown and offered me a plastic bouquet and she married us while taking pictures on my iPhone. We kept it a secret because my mother would have killed me if we didn’t have a wedding for her to buy a special outfit and matching shoes and a clutch for. 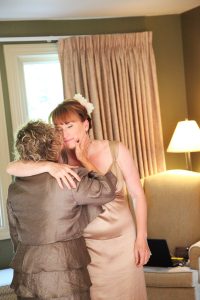 Then he proposed again, on my birthday. We were in our kitchen, sweating in boxers and T-shirts and tired and as I muttered something about going to bed, Andrew placed a card in front of me. It read, Happy Birthday. Let’s get married.

He gave me a box, which held both wedding rings from our first, practice marriages- and a thin, sharp metal ring from his enviable collection of power tools and he slipped it on my finger. No one kneeled, no one wept, or clapped or hugged. We simply went to bed, knowing we were already each other’s home base and guiding stars and that the wedding madness that was to follow was for everyone else who loved us and liked weddings.

Our anniversaries always catch us by surprise- someone (my mom) has to call or Facebook us congratulations– we are too busy being married and parenting a toddler and raising three pets and surviving two jobs to make a big deal out of a wedding that was for everyone else to share in what we already knew. But it was a great wedding. My dad says I throw damn good weddings. 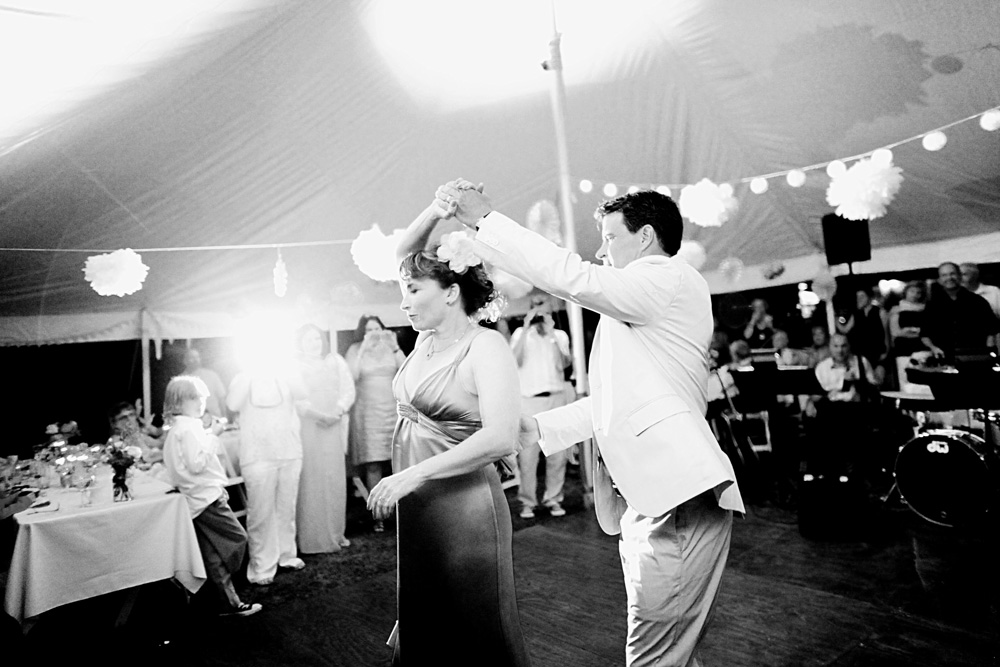 Too bad I don’t believe in marriage. 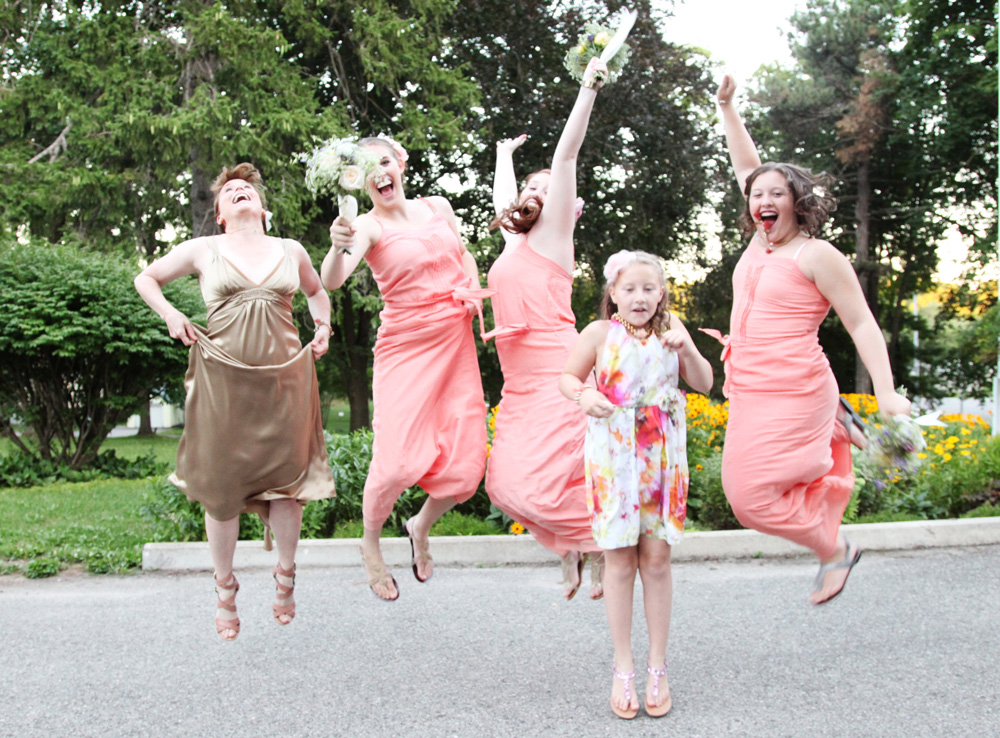 Honestly, it’s so dumb. Buy a condo. Live in sin.

You won’t have any fun. And you will live to hate what you wore. 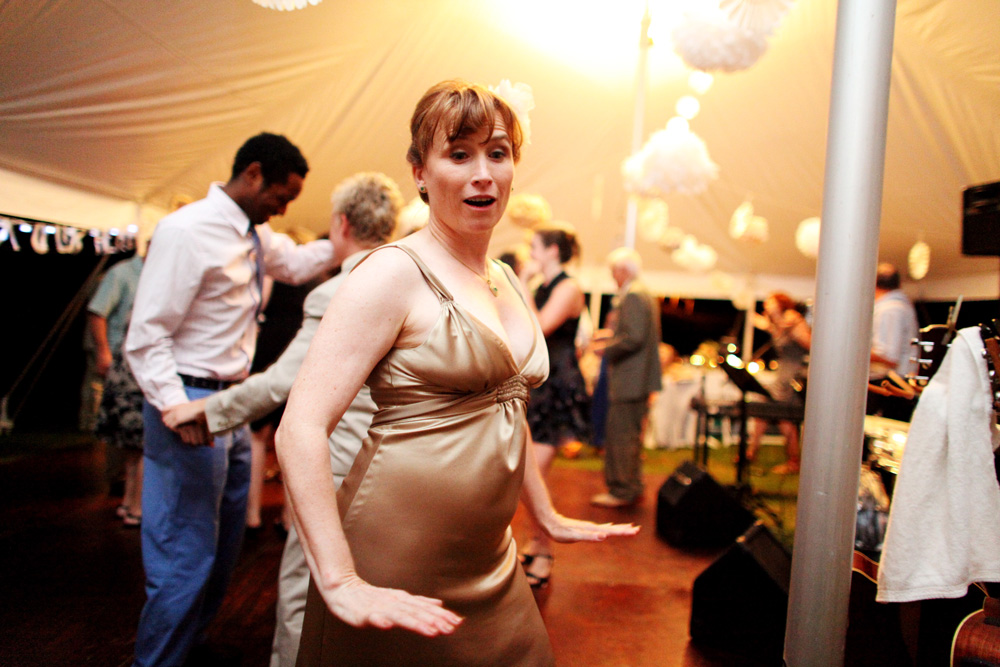 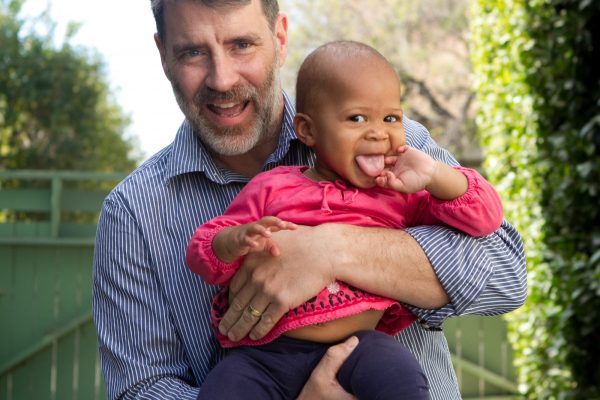 Mr. Mom Gets a Job