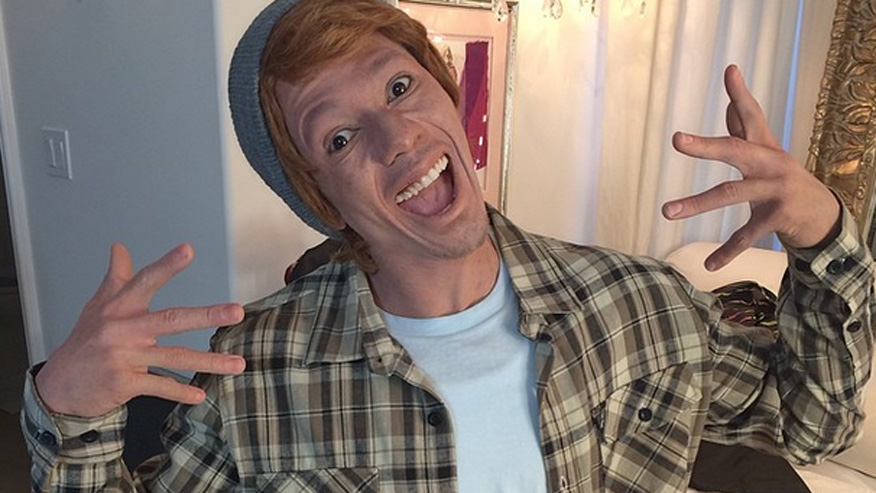 When Your Black Child Whitefaces

When the conversation in the car (why does all the serious shit-shat (before Grace it was chit-chat) always happen when I’m driving the car?) starts with-

GRACE: No one in my school likes black. Everyone doesn’t like black.

ME: (freaking out, eying my daughter in the rear view mirror, which makes me narrowly avoid t-boning a There-Will-Be-Blood-mustachioed-hipster-in-an-ombre ’93 Allante) What do you mean? What does that MEAN? Like crayons or paint? Or skin?

My ears start vibrating, listening as hard as 53 year white old ears can listen to a 3 year old babble innocently about buried subconscious, more like pre-conscious, preschool gang tendencies towards racism. But Grace doesn’t look upset, she looks just like she’s telling me that Marty had mango in his lunch. 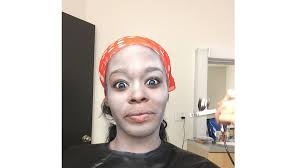 But my heart constricts, taking the punch, absorbing the blow for her. It seriously stings– like the finger the ombre Allante hipster flips at me for almost denting his carefully curated image and car. When I first moved to LA, I was so demoralized by impending divorce and depressed by losing custody of our dog, sprinkled with no job, life, career, on top, that a single erect middle finger aimed at me by an utter stranger could jack my whole day and be a decent reason to stay in bed for 18 hours straight.

Grace doesn’t seem remotely curious why all the kids agree they don’t like black, but while I pretend to listen to her blather on about who has the stinkiest poops, I make a mental note to extra-super-casually bring up black crayons as a metaphor for skin and stuff and junk like that, at a time when I can sound more like a benumbed social worker, taxed beyond caring, instead of like a freaked out white mom who thinks she’s the whitey who will exterminate racism in her child’s lifetime, if only she were more organized and less supercilous about being yet another white woman who suddenly ‘gets racism’ now that she has a child with actual skin in the game- a child whose spirit might be deformed by how her skin color is used against her.

Only a white parent believes they can inoculate their Black child from racism. I can only imagine and wonder if most Black parents’ only option is to toughen their kid to withstand and thrive despite pervasive aggressive or passive forms of everyday racism. 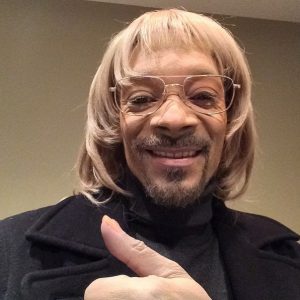 And I can hear all the Black mothers roll their eyes at us Sincere Whities coming in to Rachel Dolezal all over that shit, eager to lock arms for the cause, now that we are wiping the cause’s butt. I do ask myself if we could have made our own children, would we care so much about black children being routinely, carelessly killed or thrown across classrooms. We’d care… of course, we’d be horrified and heartbroken, but would we CARE?

If Grace wasn’t regularly telling us she doesn’t want her hair, that she wants ours, or that she doesn’t want to be brown, would we be reading Daily Kos, subscribing to Color of Change and a Black Lives Matter advocate? Would we be stressed out that her classmates are making her feel badly about not liking the color black, in whatever iteration? The optomistic lover of progressive causes for the betterment of humanity in me wishes it were true… 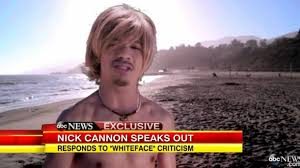 I am activist enough to warn (in a blog no one reads) strangers to refrain from telling us Grace is lucky to have us for parents, because I will then think they are racist for assuming Grace is lucky cuz she has white parents. Because hey, we could be wretched parents.

But when us white moms decry the deplorable state of cop-on-Black-violence-and-sexual-abuse, and the subsequent coverups or acquittals, and we blog furiously or vehemently Facebook about how the George Zimmermans of the world get to murder unarmed boys then walk away only to threaten strangers and family members with guns, and tweet photos of Trayvon Martin’s dead body with the words “That’s how it’s done”? Oh, we get indignant now? Now that it’s in our backyard, our bathtub and our bed? If I was a Black woman, I’d be rolling my eyes at me. Hell, I’m white, because it’s October and my skin is burning so fast it’s smoking, and I’m rolling my eyes at me. 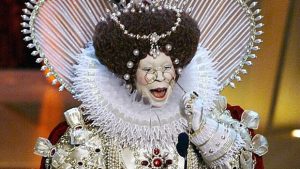 As I OCD-chew all the above, I realize my skin is smoking, so I grab my sunblock which is pricy and a little thick but recommended by a dermatologist who regularly offers to cryofreeze my wrinkles (I’m vain and old so I’m mighty tempted). As I endeavor to redirect Grace’s pysche about the value of the color black I slather sunblock all over my face.

ME: I wonder why your classmates don’t like black because I LOVE the color black.

Grace must have been watching me in the rear view because she casually asks for the sunblock. I’m sure it’s my white guilt destroying what few parental street smarts I possess but I hand it over. I drone as I drive.

ME: Did you know black is the most important color in the lexicon of colors because it’s all colors combined in a complete union of color or a symphonic burst where all the instruments are played at once? Isn’t that super amazing? Black is not nothing, it’s EVERYTHING. Say it with me.

Then I get mired in the parking insanity at Silver Lake Trader Joe’s where I keep thinking to myself, don’t these people know better? Trader Joe’s is like all GMOs and unorganic ingredients and everyone should just go to Whole Foods, which is holier but less conveniently located in Glendale. Who can be bothered to go all the way to there? I don’t even notice how quiet it is in the backseat until I turn off the car and turn around and scream. 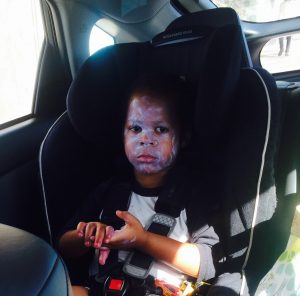 I freeze. Here’s where it’s supremely uncool to be any kind of mom without Kleenex.
Unlike my mother, who sought out the finest, softest, thickest thread count Kleenex which I think she found in Belgium or was it Costco. I don’t have anything to wipe at least three layers she’s applied so thoroughly she looks like a newly, thickly frosted cake of Angelyne. I look around the car, frantic to hide the unpolitically correct child in gender neutral clothing in my Space Grey Prius!

Grabbing my passel of Trader Joe’s recyclable bags, which are hemp or canvas or coir or something extremely biodegradable, just like my white privilege, I realize I could be filmed wiping my screaming kid’s face with a shopping bag- so, I use my shirt- a white baggy pseudo-Mexican-inspired blousy top from the Gap.

Leaning over her in her carseat, I use my thin top to mop up the greasy white paste. It takes forever to get her back to who she’s supposed to be. I wonder/worry and imagine a careful interrogation to find out if she was mimicing me or trying to borrow my whiteness to cancel her Blackness. Furiously wiping off her pathetic attempt to look like she belonged to me felt so wrong, but there was no way in HELL I was going to be able to cart this face around Trader Joe’s without being roasted on a rosemary and organic pomegranate infused cedar plank. 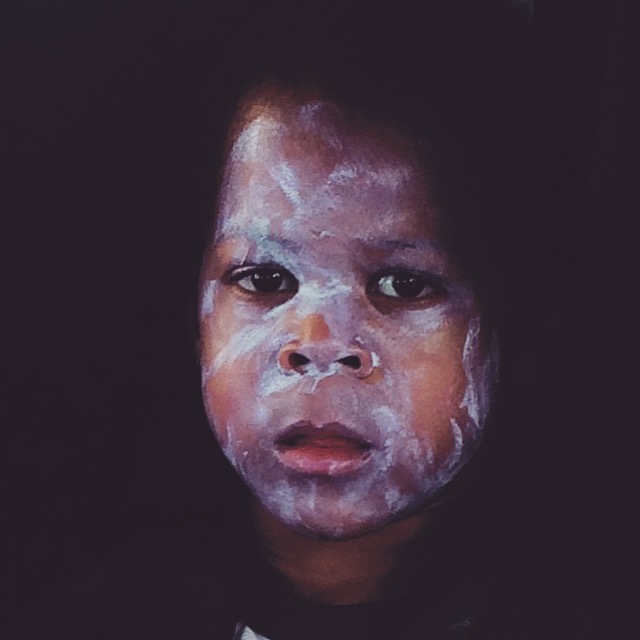 The rest of our shopping excursion I refrained from pointing out all the beautiful black things in Trader Joe’s. And thanks to the flourescent lighting, I kept finding tell tale streaks of Grace’s white face attempt. As I wiped her face clean, I kept telling her how beautiful she was. I hope she believes me more than I believed my mother.

Somehow, loving the color black is a reactionary response, a learned responsibility earned over time and experience, based on sensing unfairness in the reflexive rejection of black as a ‘good’ color. I figure, if we can choose happiness, and GOOP says we can, we can not only choose to love black, we can also choose not to see it as merely the opposite of white. Black and white are simply both the most prolific and misunderstood and least respected symbols of the purest colors in the universal palette. 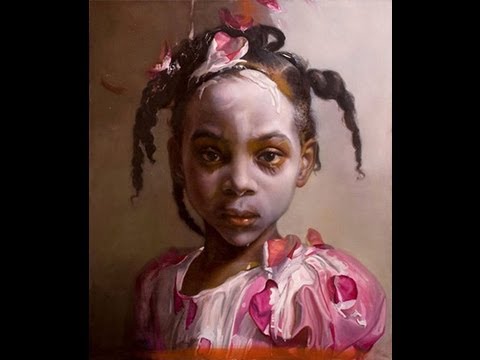 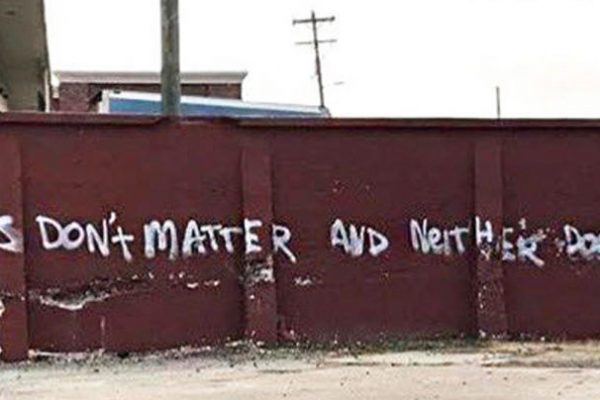 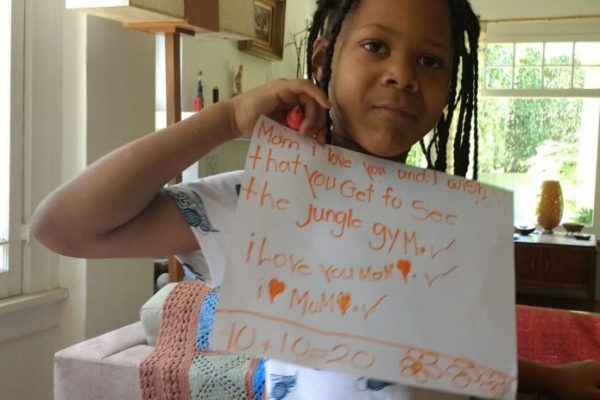 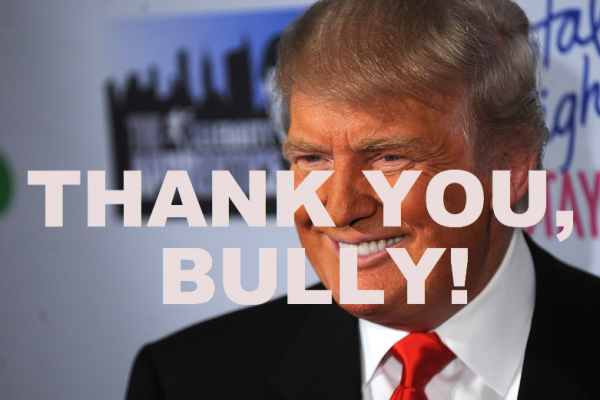