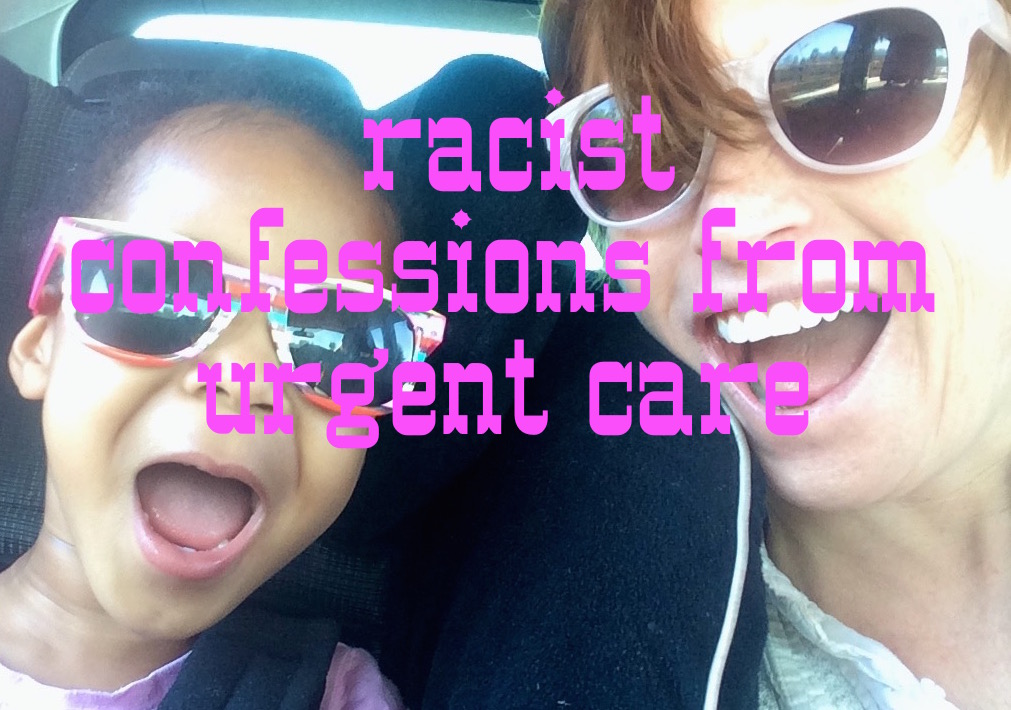 Been fuming over the Oscar Nomination bullshit and the resulting social media sandstorm.

While waiting in Hollywood Urgent Care due to my head being about to explode, I made the mistake of reading Charlotte Rampling’s comments on the nomination backlash. Really, Charlotte? The uproar and boycott is ‘racist to white people’?

(Cue a freaked out publicist maniacally drafting Rampling’s “I was misinterpreted, misinformed, mis-medicated and/or dehydrated” letter.)

I’d max out three credit cards to see Charlotte utter, “Perhaps the black actors did not deserve to make the final list” in Idris Elba’s face.

The majority of Academy voters are white, male and 63 years old. These guys ARE the dudes who make the films and TV shows that sell the concept White Privilege as popular culture to an increasingly non-white and growing population.

Can you honestly see them microwaving up Orville Redenbacher and curling up on their Restoration Hardware Chesterfield Sofas to Neflix and chill with Chi-Raq, Beasts of No Nation, Dope, Straight Outta Compton, Creed, The Hateful Eight, etc.? 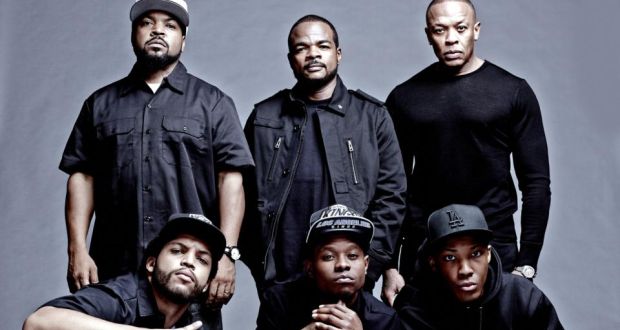 The Academy voters have to watch ALL the movies, not just the ones their friends, or kids, or ex-wives were in.

If Charlotte Rampling truly believes Oscar nominations (and wins) are SOLELY based on deservedness of craft, talent and skill then she needs to be forced to watch Dances With Wolves until her soul bleeds.

Because I’m feeling ironical, this was a HuffPo headline from September 14, 2015.

Granted, two of the movies were critically unadored, but, ‘Straight Outta Compton’ was not just a huge commercial hit, it was a critically acclaimed film as well. And ‘Compton’ is as good a movie as ‘Fury Road’, which nabbed 10 noms, while ‘Compton’ nabbed one. For true? The numbers don’t lie but we continue to lie to ourselves… about ourselves. Charlotte’s film 45 Years has earned about 45 bucks at the box office, but we all know it’s not about popularity, it’s about culture…

Charlotte further nailed her Oscar winning chances shut by saying, “Why classify people? These days everyone is more or less accepted … People will always say: ‘Him, he’s less handsome’; ‘Him, he’s too black’; ‘He is too white’ … someone will always be saying ‘You are too’ [this or that] … But do we have to take from this that there should be lots of minorities everywhere?” 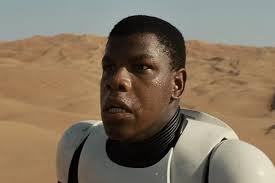 I know, Charlotte! Why are there suddenly lots of minorities everywhere?! It’s like becoming a whole thing with these minorities insisting on being everywhere and wanting stuff, like jobs, food, shelter, toothpaste and basic human dignity.

Charlotte, it’s easy to query ‘Why classify people?’ when your biggest struggle has been trying to decide if you’re French or British.

The Tweetisphere was swift in enviably witty condemnation.

Matt Singer @mattsinger
THE BIG SHORT is the story of a group of free-thinking outsiders who made millions by betting against Charlotte Rampling winning an Oscar.

— Damon (@houx) January 22, 2016
I guess Charlotte Rampling really wants Brie Larson to win as much as I do.

But, the fact is, while the Academy Voters might suddenly condemn Rampling in order to make themselves feel all righteous and politically correct, the damage has been done. By them. The only people of color on that stage will be the statues.

Then, almost too tired to hold my indignantly self-righteous (and snot-filled) head upright, I suddenly remembered my own acts of passive and professional racism. Since I’m in Urgent Care, I suddenly feel the urgent (get it?) need to confess right here, right now.

Hence, the confessions of a white lady with a black kid, who has taught me, at barely four years of age, that every little word and image that promulgates white cultural privilege adds up to form a less-than-zero self esteem in children of color.

1. We weren’t ‘racist’ growing up, we had a black friend. One. Mark Johnson was the only black kid at our brother school, St. Anthony’s (where we scouted for boyfriends). Mark Johnson was awesome. We all loved him. My mother (bless her soul) urged me to take Mark to my prom. I refused. My argument was that he was just a friend and I wanted a date who might appear to be a real date. I asked an old boyfriend, who had dumped me, yet I still had a semi-boner for. Yup, I chose a prom date who dumped me for a hot Mormon in a bikini, rather than ask a friend who was one of my favorite people on earth to share a supposedly fun evening with me.

Sums up my lifelong romantic travails pretty neatly. Sorry, Mark Johnson, wherever you are. I can’t imagine what your life was like as the lone black kid in a sea of white. But you were a great guy. I’d do anything to that wretched prom and do it all over again, but with you.

2. I was drunk. (my only excuse) I was living with (another) guy who I loved more than loved me. We threw a party. Hollywood people came. An East Indian guy walked by me. To be funny, I asked the East Indian guy if he was M. Night Shyamalan. To his face. 20 years later I actually physically shudder recalling his reaction. His sweet face flinched like I had spit on him. Recovering, he politely said. “Um… No….”. He said it like HE felt sorry for ME. I’ll never forget my shame. I don’t ever want to. I hope he’s super successful now.

3. Also in my 30s. I actually wrote a script that had wee ‘legs’ or ‘traction’. People were semi-sorta-interested in it. I even had an agent who answered my calls (and urged me to lie about my age). The script in question was being read in actual studios by real and actual human people. A producer called my agent, who called to ask if I’d consider going ‘black’ with it. Serious money was beginning to be made with ‘black’ movies like “Deliver Us From Eva”. I barely even thought about it. I said no. It wasn’t my vision… it wasn’t what I wrote… It wasn’t what I saw in my head when I wrote it, so I just said no.

I now regret that a great deal. Not because I think I’d be a super successful writer now if I said yes. I immensely regret that it didn’t even occur to me to say yes. It didn’t occur to me that by saying yes I might have opened my life and my work up to another perspective I didn’t know about, simply because I didn’t need to.

I wasn’t being Dylann Rooff- I was just being White. 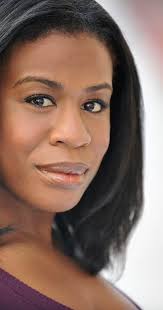 There are a trillion other racially dumb things I have done over my 53 years on this planet, like here and here and oh, why not, here. But now, when I’m with white people who auto-lock their car doors when a black man walks by the car, I get MAD. When I hear a white executive producer reject a cartoon character prototype as being ‘too black’, I get MAD.

Do I always speak up?

But since Grace, I’ve begun speaking up more. When I sat through the transracial awareness workshop and signed the document that stated I was willing to adopt cross-racially, and when I was handed my daughter, I stopped being White. 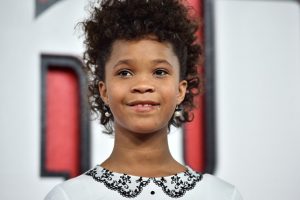 And, thanks to Grace’s bravery in still being happy, sweet and ready to laugh, despite some kid telling her ‘brown is ugly and the color of mud’, I’m getting braver.

Maybe the Catholics were onto something with confession. I feel better for confessing.

BTW, I’m out of Urgent Care. I have a raging ear infection and a sinus infection. Dr. Chang actually gasped when he spied the ‘major pus ball’ in my right ear. Is it wrong to be proud that my ear pus ball dazzled an impressively impassive doctor?

And if you all, who I love and adore so much for sharing your parenting lapses, and your lapses into sentiment while grieving a parent, if you feel similarly inclined to admit when you’ve lapsed in terms of race, feel free to confess. 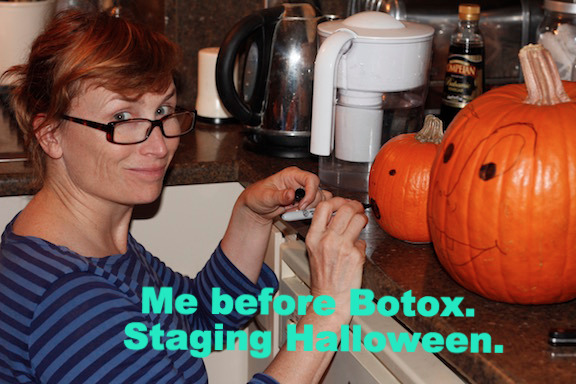 Botox For My BabyMama 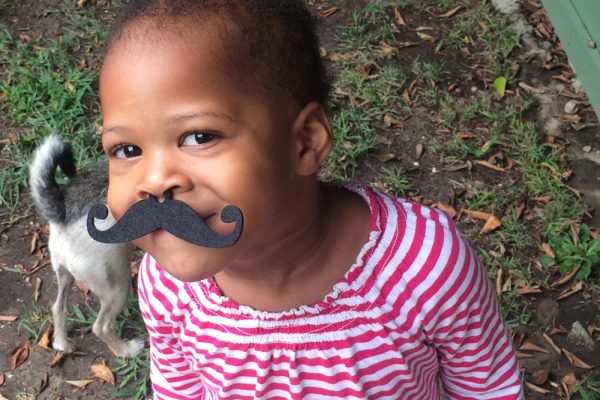 Why Am I Brown? 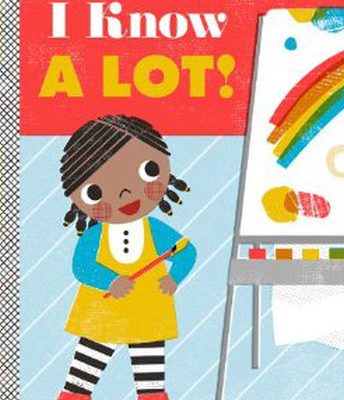 Is It My Job To Tell My Kid She’s Black?