When A Co-Op Becomes Something More

When a co-op becomes something more

This post was generously underwritten by Kiddoyo.com, the mobile app that makes planning play-dates almost as fun as… play-dates.

Our daughter’s closest friends are the babies she met cooling her heels in daycare. She actually has had stable, long-lasting friendships longer than she has had language to communicate with these friends. Due to our daughter’s massive social skills, we learned our kids choose our friends. And if you are lucky, you like these people.  And we are lucky. Through daycare, preschool and now elementary school, our kid has introduced us to families we truly love.  We all have been there for each other since our kids were in diapers, and looked after each other’s kids when we can, but this still leaves large holes in child care coverage. We also have a fantastic manny, but because I can’t keep my mouth shut, he now works for all of our friends families too.  Even then, we ourselves lucky to have any help at all.

In researching babysitting co-ops, I met Heather Simon.  Heather had two kids twenty and eighteen years ago. She had the great good luck to move onto my sister’s block.  When my sister, of the Larchmont Babysitting co-op, met Heather, it was a very lucky day for Heather and for the co-op.

Let me first point out that being befriended by my sister is sort of like meeting the mafia.

Let me first point out that being befriended by my sister is sort of like meeting the mafia. You can get in, but good luck getting out. My whole family is like that. But we are not unlawful, just friendly. Very friendly. Too friendly. Consider yourself warned.

When my sister met Heather, she was not only new to the neighborhood with a 1 and 3 year old, her marriage had just fallen apart.  Heather was contemplating moving back in with her parents for free childcare so she could go back to work.  Then my sister told Heather about the Larchmont babysitting co-op.

By magical coincidence, the Larchmont Co-op was also struggling because they only had 10 families and no one on the waitlist. Heather was reluctant to join anything because the last thing she needed was more stuff to do, or more people to take care of, and was moving into a tiny apartment so that she WOULDN’T need to move back in with her parents… but she decided to give the co-op a chance.

Because Heather lived in a small apartment, she quickly accrued co-op points by watching kids in their own homes. When you watch kids in their own home, you net more points. Watch more than one kid at a time, and you accrue even more points. By bringing her kids with, Heather’s kids got to be out of their little apartment, made new friends, played with new toys, and Heather built sturdy and supportive relationships with local parents and families.  It was a win-win-win-win. Which means no one loses. And when does that ever happen?

Heather was the first single mom in the co-op. She blithely admits the co-op saved her life and immeasurably helped strengthen her family.  Since she first joined, the Larchmont co-op has celebrated many milestones- the first gay dad family, first gay mom family. However, they still keep the points tabulated on spreadsheets and in an old, trusty notebook. There is a dedicated Yahoo email group for emails but apparently everyone in the co-op finds it’s just too complicated a system to automate it.

When I asked why Heather was still involved in the co-op (I can do simple math and realized her children must be at least in college) she laughed that she remarried about fifteen years ago. She now has a fourteen year old and a nine year old.  So, she has been in the co-op for over 20 years.  I asked if she was going for the land-speed record of most years using a babysitting co-op and she believes she is entitled to win that record.

When I ask her if she keeps having kids so she doesn’t have to quit the co-op, she is as coy and evasive as a politician.  Now, if I can just convince my husband to sell our house and move into the Larchmont babysitting co-op dream zone, we will finally be able to go out to dinner like we keep hoping, wishing and dreaming.

This post was generously underwritten by Kiddoyo.com, a fantastic mobile device app for moms who find scheduling play-dates as traumatizing as on-line dating.

That Awkward Moment When Racism is Reversed To Fan the Flames of Racism.

Going For The Bronze 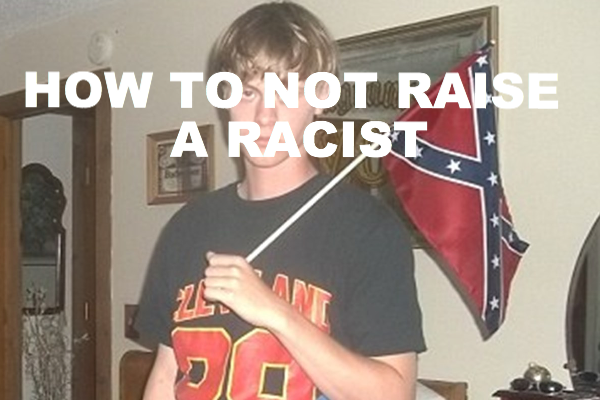 How to Not Raise (or be) a Racist